Albanians on the eve of the Trump era| An interview with Enri Çeno, director of Balkan Mineral Invest

Mr. ÇENO: What would be the meaning of a second Trump presidency for the Balkans?
Trump spearheaded a massive deal with Kosovo and Serbia. It is indeed big. A historical peace accord backed up by a multi-billion dollars investment opportunity. That means an end with empty words and diplomatic subtleties. It means peace and prosperity in our time. The second Trump presidency will open up a Trump era for the region – but we will need to show that we are up to the task. If we take things for granted, looking out for underserved billions, sit down and do nothing, then that is precisely what we will get. Let us be clear – the Trump deal means peace and prosperity for those willing to stand up and fight for them. With Trump, America has the capacity to lead. Richard Grenell is a fighter – he managed to get Kosovo and Serbia together -and sign- against all odds. We need to prove that we are capable and strong enough to challenge those saying that nothing is possible in the Balkans, the world’s powder keg. With Trump at the helm at the US, we will go a long way to make things happen that only few thought possible.

What is exactly possible in the current geopolitical situation?
A lot of good things and many bad things – depending on who leads, what that leadership is about, and how strongly we feel about it. Under Trump’s lead, we have the certainty that –should we do our part– several major projects will forever change the way economy works in this part of the world. Remember, this is not for free. The Trump era made an end with tens of billions of US taxpayers’ money squandered annually for many decades to pay for fancy democratization programs, for peace and brotherhood conferences that filled the pockets of local and international NGOs and of their diplomatic friends. In the Trump era, caviar NGOs will have to look elsewhere to fill their pockets. With Trump in the second term of his presidency, our countries will need to finally move away from their self-complacency and get real – there will be no more US taxpayer’s money to pay for our elites to network in nice hotels: we need to invest our money in large projects that are favorably looked upon by a proactive Trump administration. We need to take on risk, merit for success and responsibility for failure. An era is coming to end when everything – US money, US programs, US benevolence – was taken for granted. This change was long overdue. It will help us grow as nations.

How would exactly growth look like?
Let me describe it in very concrete terms: a colossal deep-sea port in Albania, administered by the US, connected to the pan-European railway network through state of the art infrastructure running through Kosovo and Serbia, the two of them working together as partners. An end with the dominance of China, which still controls most of the harbors and infrastructure projects in this part of the world. A huge hydro power plant in Albania build with direct US involvement. Regular air links between Kosovo and Serbia. A joint network of railways, airports, motorways, dry ports, like the region has never seen. Economic prosperity that builds on the cooperation of former enemies who do not need to reinvent themselves as fake friends. Either we cooperate, or we fail. That is the Trump plan -in a nutshell.
We should not forget: President Trump gave both Serbia and Kosovo a clear path towards getting greater U.S. support. Albania is part of it. Trump wants us to come up with mutually agreed upon solutions and projects. As long as we agree, he will support them. It is up to us to be worthy partners – to US and to each other. It all boils down to this.

You mentioned a deep-sea port, which also written down in the Trump-facilitated agreement.
The deep-sea port is a colossal opportunity, a gateway for the economic prosperity of the Balkans, the key to have America first – in the region, right at the time we need America to count as our paramount ally. We need to deserve America under Trump, and that is why a Trump era is beneficial to US workers as much as to Serbs and Albanians alike. This is not a zero-sum game, and we know it. More people should know it. With regard to the deep-sea port, we have an excellent starting point: Kosovo and Serbia agreed to conduct a joint feasibility study examining for connecting their rail network with a deep seaport on the coast of the Adriatic. They will work with the U.S. International Development Finance Corporation and Export–Import Bank of the United States to operationalize several major infrastructure projects of European scale.

What is the rationale behind opportunities such as the one of the deep-sea port? Why the direct US commitment?
I will lay it out to you in very simple terms: USA is here to help Serbia and Kosovo prove to the world that Albanians and Serbs were not created to fight each other through ages. They are capable of engaging together in a grand project that will transform the Western Balkans. USA is there to help. The United States do not want to tell us what to do. They want to listen to concrete proposals. Now: are the Balkan countries able and willing to come up with big scale projects that are feasible, ambitious, and economically viable that makes our nations richer and better off? My bet is – they are. Serbia and Kosovo will talk to each other and present to the US their joint strategic outlines for several joint grand-scale projects, and here the deep-sea port is the crown jewel. USA stands ready to consider these projects. It will support the ones that makes more sense to Serbia, Kosovo, Albania, to America and to Europe. This is a one-time opportunity. Take it or leave it.

International liberal media has frowned upon these US-led, large-scale infrastructure projects for the Balkans. Some claim they are just words. Does it actually make geopolitical sense for the US to engage in economic cooperation in this part of the world?
We know well that a mixed bag of US liberals, diplomats and pundits, even though paid by US taxpayers, have made plenty of bad publicity on everything Trump has done for this part of the world. They have engaged in a massive effort to diminish the US proposal for the Kosovo-Serbia infrastructure buildup. They have been calling it cheap tactics, an empty talk, just a show to score diplomatic points and so on. They will be proven wrong on a big scale. In a few words: The US initiative on fostering economic relations in the region focused on the Pristina-Nis railway link makes sense both geopolitically and economically. In order to give global relevance to the US push for the Kosovo-Serbia interlink, additional US private investment will be marshalled to build a Deep Sea Port in Albania to be linked to the Pristina-Belgrade corridor via railway for cargo. This simple, bold move will deny China, in a matter of years, its exclusive access to Southeastern and Western Europe, which so far it holds through its control over the Piraeus Container Port in Greece. China has so far poured tens of billions of USD to make Piraeus their “Dragon’s Head on the Belt and Road” global network. Piraeus is only one side of the large Chinese bridgehead in Europe. Croatia, Montenegro, Bulgaria, all are feeling the weight of the Chinese boot on their infrastructure. Greece is playing along, Hungary is cooperating, Germany is silent, and Europe is bowing its head to that. The Serbia-Kosovo-Albania integrated cargo infrastructure corridor will definitely turn the tables and give to the US the lead it needs in South-East Europe. Linking the Belgrade-Pristina railway to a deep-sea container port will give the final answer to those highlighting the alleged uselessness of the Kosovo-Serbia infrastructure buildup spearheaded by the Trump Administration. Make no mistake: The US under President Trump alone is the only actor capable to pull this through. Serbia, Kosovo, Albania will stand in line behind the US leadership to make it happen. The top management of the German Railways already considers that their economic interest goes only as far south as Romania. The Austrian, Italian, Greek, Slovenian, Croatian railways have confirmed the same lack of interest in the Balkans. It is either the Trump-led US, or it is the status-quo for decades to come. If we love our countries, if we want our nations to get somewhere better than what we have right now, we have to break the status quo.

What does a Deep Sea Port means in technical terms?
The construction of the deep sea port in a strategic point in Albania connected by rail to the Kosovo-Serbia corridor would enable the US to control a real deep sea access point (natural depth over 30 meters) that on the long run will dwarf the Chinese-controlled Piraeus port (natural depth 18 meters). The US-built and controlled corridor Albania-Pristina-Nis-Belgrade, will be far superior to the Chinese corridor Piraeus-Budapest, as it is both shorter in terms of kilometers, will rely on much cheaper labor, and will cater to the US bases in Kosovo and North Macedonia. Never make the mistake to consider these projects as coming out of thin air – the best experts available have already worked them out at a great level of detail. The US administration is aware of them and supports what makes economic and geo-strategic sense. Our task and obligation is to be part of this dynamics.

Any final words?
It is useless for Albanian politicians from Albania and Kosovo to try to condition US citizens of Albanian ancestry for whom to vote and why. US citizens will vote for either side as they have always done – based on their individual judgement and conscience. However, Albanians need to be aware that the Trump peace agreement for this part of the world is the offer of the century – it makes no sense to stay aside and ponder whether to jump onto this train or not. It is important to understand one thing – Albanians should finally learn to look after their own national interest, to make their national interest count in Kosovo and Albania, if they want to be taken seriously elsewhere on this planet. Yes, this interlinked world; this is why we should learn to work together with other nations in the region. However, we should work together as partners, as states and as countries. We should not consider ourselves as mere appendixes to the all-powerful international organizations. Peace in the name of intangible values, prosperity based on a beautiful rhetoric about democratization, internationalism and lofty ideals has proven to be evasive for decades since the fall of the Berlin wall. Peace is within our reach – what Trump, Grenell and O’Brien have told us is written down in the greatest framework agreement that exists for Kosovo, Serbia, Albania and the region. Never forget that. 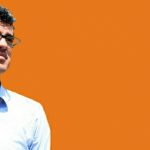 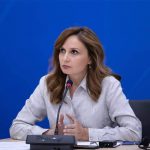 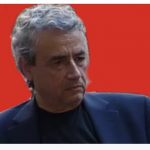 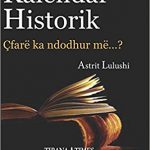