On 26.11.2019 there was an earthquake in Albania. On 3.12.2019 an Israeli mission of experts landed, with the task of aid in the stages of damage assessment and preliminary rehabilitation. The mission included engineers, experts in disaster management and technology, and was accompanied by a team from the Israeli Embassy headed by Mr. Noah Gal. What follows is a summary of activities and main recommendations.

During the 10 days of activity, the forces maintained a series of activities in the districts affected by the earthquake: Durrës, Tirana, Lezhë. The activity of the engineers was coordinated by the EUCPT (European Union Civil Protection Team), and the mission’s activity was fully supported by all the government and local bodies with which the mission worked, headed by the Minister of Agriculture, Mr. Bledi Çuçi, who represented the government in managing the disaster.

Beginning with the third day of its activity, the mission received from the Minister and the national staff management – alongside of its work with the EUCPT management – additional tasks, in order to take advantage of the mision’s capabilities in assessing dangerous buildings and public buildings. The main activities were as follows:

• There were engineering surveys and damage assessment of some 150 essential buildings, hospitals, schools, and large apartment houses. As a result of these surveys, some 1600 families are were able to return to their homes, and the activity of many institutions was approved. It should be noted that more than 90% of the buildings surveyed by the Israeli mission and the assessment model were found to be capable of restoration.
• The team used advanced mapping technology to assess engineering damages and to monitor the mood of the civilian population. This technology was offered to the authorized agencies in the country.
• A model for evaluating true data was developed and presented, enabling the decision-makers in the area to determine the order of priorities for activities, and to prepare a plan for preliminary and future rehabilitation.
• The Israel team restored one apartment that had suffered moderate damage as a sample, in order to make possible estimates of the costs, time needed, and additional factors in restoring all the apartments in the country. These conclusions will be presented at the end of this document.
The President and the Prime Minister of Albania visited the Israeli mission, and received a survey of the Israeli team’s capabilities. They expressed their appreciation of the mission’s contribution in advancing the response provided to the country’s citizens.

A. Immediate stabilization of dangerous buildings:

Many buildings were classified as capable of being restored, rather than destroyed. However, in the event of another earthquake they were likely to be further damaged, and to collapse on adjacent buildings, and to cause many casualties.

Many parents are unable to send their children to school. As a result, the “work cycle” has been harmed.

• Recommendation: initiate restoration of these buildings.
C. Determining standards for repairs and building:

The building quality in the country is not high. The widespread damage to buildings is a result of this.

• Recommendations: determine repair standards for houses to be restored; building standards for houses to be rebuilt, in accordance with the European standard for dealing with earthquakes, and strengthening standards for existing buildings. In our estimation, an additional earthquake will result in heavy damage to all those buildings which were already damaged twice in recent months.
• Establish an agency / state agency to intermediate and manage the civilian rehabilitation project, in light of the fact that the level of trust in local engineers is not high.
• Training and authorization of building teams need to be established, since there are differing and unique types of building. One must make certain that building companies meet a uniform professional standard.
• The Albanian National Academy should be defined as the leading agency with knowledge of restoring old buildings, such as are found in the city of Krujë. This should involve Civil Engineering Professor Markel Baballëku, since he is the leading national expert in this unique field.

Today, many citizens do not return to their homes, since they expect the government to restore or rebuild their homes.

• Recommendations: clarify for the citizens what their rights and obligations are regarding repair of earthquake damages.
• It is also necessary to clarify the responsibility required of every official on the local level and on the government level, in promoting the government plan.
E. Training local engineer: They will be responsible for the rehabilitation activities, and for future rescue activities if/when another disaster occurs.

• Recommendations: train local engineers to supervise the above-mentioned work in routine times.
• The local engineers should be trained to function independently, without international assistance, in assessing buildings, on the technological, professional and psychological levels required in an emergency.
F. Establishing an emergency system: Officials appointed by the government to organize rehabilitation efforts, headed by the Minister of Agriculture, Mr. Bledi Çuçi, performed their tasks properly, wisely, and with a high level of leadership. Within approximately five days the team set up by the Minister developed and activated a special, designated application (APP).

Nevertheless, local and even government emergency systems did not function.

• Recommendation: establish such emergency systems based on the model of the I.D.F. Home Front Command.
G. Establish a technological command and control system: Decision-making in an emergency must be based on correct models and data. Precise and rapid decisions save many lives. Today, Albania has no such system.

• Recommendation: Establish a command and control system on the national and local levels, to operate in an emergency and to improve significantly decision-making in a disaster.
4. SUMMARY – ESTIMATE OF DAMAGES:

According to calculations made by the mission, based on calculating damages and verifying them in the field, and based on an analysis of all the data gathered and our experience in restoring apartments, we estimate – in accordance with the government’s intention to finance restoration of buildings built before 1993 – that the budget needed for these buildings will come to 55-60 million Euro.

The Israeli mission in Albania met a generous, warm and hospitable people. We felt that the mission’s activities contributed to the common denominator between our peoples and countries. We learned a great deal about how the country’s leadership deals with a disaster.

The State of Israel has the will and the general capabilities required to aid Albania in this difficult times, in order to convert this major disaster into an opportunity to develop the country.

On behalf of the State of Israel, the Israel Defense Forces will continue to offer assistance, in particular to Albania, and in general, wherever needed. 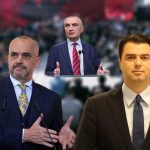 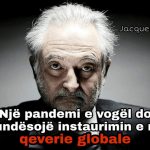 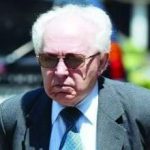 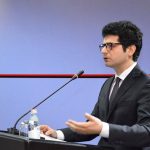 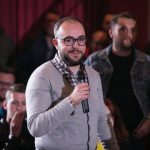 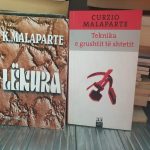 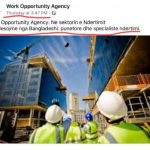